CommonLounge
Categories
About
BBC Sherlock
104 members.
Welcome detectives! This is a place to talk about everything related to the British Television Series, Sherlock.
Share this

Ask a question or start a poll…
Link
Poll
Main
CommonLounge is a community of learners who learn together. Get started with the featured resources above, ask questions and discuss related stuff with everyone.
NaN.
discussion
Season 4 Episode 3: The Final Problem

Synopsis: In the final episode of this new season, long buried secrets finally catch up with the Baker Street duo. Someone has been playing a very long game indeed and Sherlock and John Watson face their greatest ever challenge. Is the game finally over? 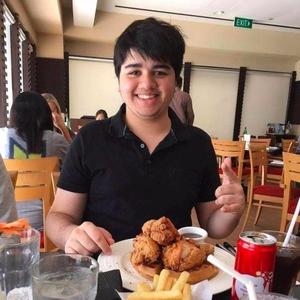 Honestly this season was pretty riddled with plot holes/things that don't add up. It also becomes a bit unbelievable and you lost trust in the plot when there are so many twists and basically anything can happen (eg. Euros literally mentally controlling people). 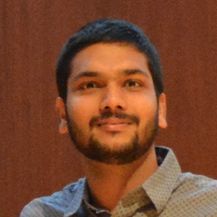 I don't quite understand how the Holmes' parents never found Redbeard. How did a little girl manage to drown a boy in a well that no one could find? It's unlikely that the well was very far fr...

It seems a little silly to me that when Euros sent a grenade to 221B, the crew decides to just go marching to Sherrinford. It's clear that Sherrinford's security has been compromised and the f...

Synopsis: Sherlock is asked to investigate the mysterious death of a young man, which he solves quickly but he is led into another mystery when a bust of Margaret Thatcher owned by the dead man's father is smashed. Further busts are smashed and Sherlock discovers that the mystery is linked to Mary and her past as a government agent. A figure from her past is bent on revenge in the belief that Mary betrayed him, but it is discovered that the traitor was the secretary of a British Parliamentary member. Mary is killed by the secretary when jumping in front of a bullet meant for Sherlock. John blames Sherlock for Mary's death, and their relationship is fractured.

Norbury was a nice homage to "The Adventure of the Yellow Face" - one of the Sherlock Holmes novels.

In a Holmes story titled “The Adventure of the Yello...

From the sneak preview of episode 2 here, we see that Culverton is going to emerge as the villain in the next episode. And yet the last time we see Elizabeth in this episode she's sitting right next to a poster of him: 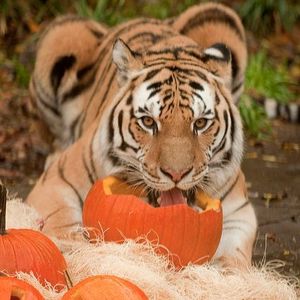 Did anyone catch the reference to Sherrinford?

Sherrinford is the name Sir Arthur Conan Doyle was o...

Synopsis: Sherlock is contacted by the daughter of entrepreneur Culverton Smith, who she claims has confessed to a murder but she does not know who the victim was since her father has used a drug on her that inhibits memory. Sherlock deduces that her father is a serial killer and sets out to expose and stop him, but he is under the influence of drugs and unable to clearly distinguish his own thoughts from reality. He confronts and attacks Smith, and John is forced to subdue him. While recovering in the hospital, Smith appears in Sherlock's room, confesses and then tries to kill him. John bursts in just in time to save Sherlock, who reveals that his behavior up to that point was not just an elaborate ploy to expose Smith, but also fulfilling Mary's last wish for him to "Save John". Later John's therapist reveals that she is actually Sherlock's secret sister, Eurus, and has been using disguises to manipulate both Sherlock and Watson. The episode ends with Eurus firing a shot at John.

I wonder what the deal with Lady Smallwood is. Sometimes she's referred to as Lady Alicia Smallwood and sometimes as Lady Elizabeth Smallwood. Is it coincidental Eurus used the name Elizabeth when seducing John in the bus?

What if Sherrinford is not the name of a person but rather a physical place? Mycroft says 'Put me through to Sherrinford' and assures Lady Smallwood that "Sherrinford is secure'. These could e...

Sherlock doesn't recognize his own sister because they probably didn't grow up together. Eurus says "You're not what I expected. You’re nicer . . . nicer than anyone,” when she meets Sherlock as Faith.

We also see Sherlock flashback to his memory of him ...