CommonLounge
Categories
About
Self Driving Cars
Invite Only
Only members can start new discussions · Everyone can reply
638 followers.
Invite-only community for curated news and discussions around future of transportation, as well as Q&A sessions with industry folks
Share this
Show community info

We found that six weeks before his resignation this former employee, Anthony Levandowski, downloaded over 14,000 highly confidential and proprietary design files for Waymo’s various hardware systems, including designs of Waymo’s LiDAR and circuit board. To gain access to Waymo’s design server, Mr. Levandowski searched for and installed specialized software onto his company-issued laptop. Once inside, he downloaded 9.7 GB of Waymo’s highly confidential files and trade secrets, including blueprints, design files and testing documentation. Then he connected an external drive to the laptop. Mr. Levandowski then wiped and reformatted the laptop in an attempt to erase forensic fingerprints.

This is pretty bad, and given Google's past investments in Uber (via Google Ventures), this decision was probably not made lightly. It would be interesting to see how this will play out and we'll post updates to this discussion on an ongoing basis.

Update (May 11, 2017): Waymo’s lawsuit against Uber is going to trial, judge rules. Judge William Alsup ruled that Uber could not force the lawsuit over theft of trade secrets into private arbitration.

Update (May 3, 2017): Waymo versus Uber court hearing. The lawsuit is underway now, with the first hearing taking place today. Waymo accused Uber of creating a fake, shell company (Otto) with its former engineer to steal its tech.

Beginning today, a select group of Pittsburgh Uber users will get a surprise the next time they request a pickup: the option to ride in a self driving car. Uber wants to learn and refine how self driving cars act in the real world. What do you guys think about Uber's approach to this? 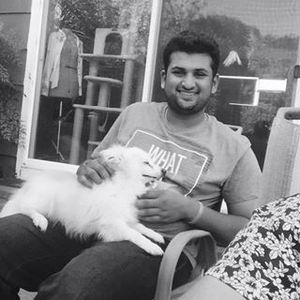 Yeah, their acquisition of Otto was pretty aggressive. This is going to be a very interesting market.

From what I know, it's supposed to drive on its own and be completely anonymous on a good day, but I think their technology is still far enough that the safety driver will have to be there for...

In very short, Ben argues that Intel already has expertise in server chips, but can make up for its lack of self-driving car hardware expertise with this acquisition by bringing in Mobileye's cameras, maps and chips. Also, Intel doesn't want to lose on the SDC front the way it lost to Nvidia on the GPU chip front (related: The rise of AI is creating new variety in the chip market, and trouble for Intel)

Alphabet's X spun off the self driving car project as an independent company Waymo under Alphabet, along with a release of a drive taken with no backup drivers and a legally blind passenger last year. That level of confidence is what Google/Alphabet has been aiming for years, and it seems like it's getting there. What are your thoughts around this?