Ask a question or start a poll…
Link
Poll
Main
CommonLounge is a community of learners who learn together. Get started with the featured resources above, ask questions and discuss related stuff with everyone.
1.
discussion
Ultimate Tic-Tac-Toeby Matthew Jones

I first saw this game on the Ben's blog and was immediately amazed by its simplicity. I don't think our education system really focuses on teaching us to think multiple levels deep when solving a problem. There's a reason why people who are trained in chess are good at evaluating various future outcomes and making good moves based on their expectation of how their opponent will play. 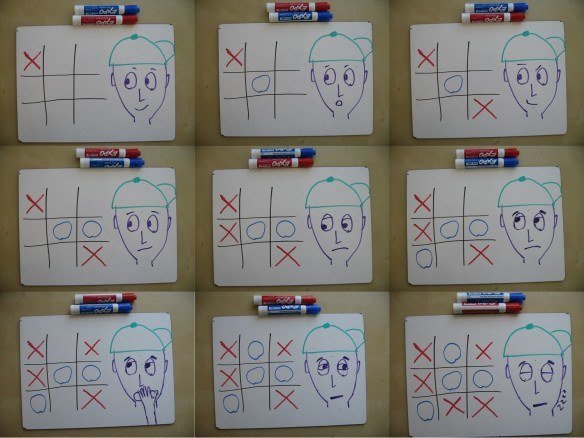 Read more…(67 words)
2.
discussion
When Memorization Gets in the Way of Learningby Ben Orlin

Cheat sheets aim to substitute for memorization, and I hate it when my students memorize things. I define memorization as learning an isolated fact through deliberate effort. Memorization is a frontage road: It runs parallel to the best parts of learning, never intersecting...Overreliance on memorization is like most problems in education: systemic. One teacher can't topple the tyrant's statue alone. But she can begin to chip away at the base.

What are your thoughts on the role of memorization in education?

This was a great illustration of the pitfalls of using various types of statistical measures.

So they tell us Susie ran a race. She ran five miles an hour, and the race took her t hours to complete. How long was the race? Write your answer as an expression.

Alright, if we're trying to figure out the number of miles, you'd want to take her speed, which is in miles per hour, so five miles per hour times the number of hours. So the number of hours is t, so you can literally just write that as five t. Five t literally means five times t. Now another way you could have done it is you could have used this little dot symbol here. This is not a decimal, it sits higher than a decimal, and it means multiplication, five times t, either of these, five dot t or five t means five times t, it makes sense. You take your speed times your time, and you'll figure out how far you actually went. Let me check my answer here.