CommonLounge
Categories
About
Game of Thrones
63450 members.
Welcome to Westeros! This is a place to talk about everything related to Game of Thrones, from fan theories to episode discussions.
Share this
Show community info

Ask a question or start a poll…
Link
Poll
Main
CommonLounge is a community of learners who learn together. Get started with the featured resources above, ask questions and discuss related stuff with everyone.
NaN.
discussion
Season 7 Episode 7: "The Dragon and the Wolf": Episode Discussionby Anant Jain 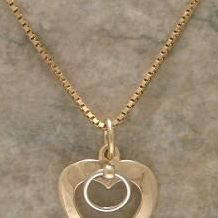 I knew Sansa was playing him with the long con. I kept saying it, that her and Arya's tension was false. Some of the clues were;

1. Sansa saying only a fool would trust LittleF*ker and Brienne (Sansa's protector) being forthcoming about her disdain for him.

2. Sansa asking where did Arya get the note when she knew only Baelish was present with her and the Lannisters when she wrote it. Maester Luwin and Robb were dead.

3. How could she forget that he sold her to the Boltons, he being the one person in Westeros who knew everything about everyone.

4. And what sealed it was Arya saying she wonder how it would be to wear Sansa's pretty dresses and be the Lady of WinterFell when we know she doesn't want that at all. (She was playing the game of faces).

Gosh that was the best moment for me!

The second best thing was seeing Cersei's face when ...

Sorry but who is Azor Ahai

Azor Ahai ​is a legendary figure in the faith of R'hllor, the Lord of Light. Thousands of years ago, he forged the sword Lightbringer which he used to defeat the darkness of the Great Other. This came at a price, however, as in order to unleash the sword's true powers he had to plunge it into the heart of his loving wife, Nissa Nissa. A prophecy foretells that he will be reborn as The Prince That Was Promised.

You can read more about this prophecy here: http://gameofthrones.wikia.com/wiki/Azor_Ahai

There are a bunch of candidates/theories around who could be Azor Ahai. Here's a related discussion on Commonlounge: Rhaegar is Azor Ahai. Jon Snow is Lightbringer aka The Prince That Was Promised (Theory)

Synopsis: Jon and his team go beyond the wall to capture a wight. Daenerys has to make a tough decision.

The opening scene was brilliant, love how they transition this season from pus to hot pie and map to beyond the wall.

As others said, the dialogue between the magnificent seven was great.

Now - let's get into the discussion.

Sansa and Arya: Arya loved Ned and she is hurt still from back in season 1 when Sansa chose her beloved Joffrey over family including the direwolves.

Sansa and Littlef*ker: Sansa asked him where did she get the note because Sansa know it came from him. He sealed it when he tried to pit Brienne against Arya. Sansa sent Brienne away. She is p...

So here is my theory for the ending:

It involves the three heads of the dragon prophecy.

We have always assumed that there would be three rid...

Wow — thanks for writing this out Sara. So many thoughts. I'll start with the dragon riders: totally agree with Dany, Jon and Tyrion being the dragon riders and will defeat the White Walkers + Cersei.

I have a feeling Jon will die in the war, and his sacrifice will somehow keep the Seven Kingdoms safe, while Dany will rule with Tyrion/Jorah as her hand. I think the series will pretty much wrap up there.

The idea of one of the dragons dying, and getting resurrected by the Night King to become a White Walker (Flying?) Dragon also seems tempting. But Night King is a symbol of ice, and dragons spit fire, so it seems a little dissonant to me there.

But who knows! Maybe your theory turns out to be true. It's definitely consistent with the "bittersweet" ending that JRRM has hinted at. :)

PS: I have pinned your theory to the top of the community feed — so more people can see it :)

Although the timeline is weird and it is moving way too fast, I am going to say this was a great episode. It was everything I expected it to be. (I saw it on Friday as well) Last night's episode brought fear in the eyes of people who have up until this point, haven't had a need for real fear.

Littlefinger opening with Bran - "chaos is a ladder." That is what he said to Varys

"Chaos isn't a pit. Chaos is a ladder. Many who try to climb it fail, never to try again. The fall breaks them. And some given a chance to climb, they refuse. They cling to the realm, or the gods, or love, the illusions. Only the ladder is real. The climb is all there is."

Bran let him know he sees right through him and that put fear in Littlefinger. 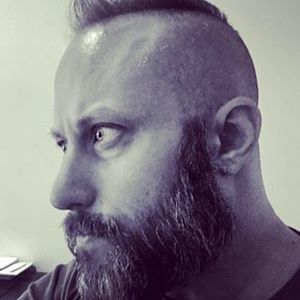 I think that Jaime is going to be taken for ransom by Daenerys. Cersei will abandon him, which will cause Jaime to see that all she cares about is power for herself while Daenerys has a moral center. Jaime then turns against his sister.