Instead of being just a cryptocurrency, like Bitcoin, Ethereum also has features which effectively makes it a huge decentralized computer.

Note: For a full primer on blockchain, read the guide here: The Ultimate Guide to How the Blockchain Works.

A blockchain is simply a database. It’s an ever growing database of certain kinds of data and has a few remarkable properties:

To understand how several people are able to keep their copies of the database in sync with everyone else, imagine there are ten individuals in a network. Everyone is sitting with an empty file folder and an empty page in front of them. Whenever anyone does something important in the network, like transferring money, they announce it to everyone in the network. 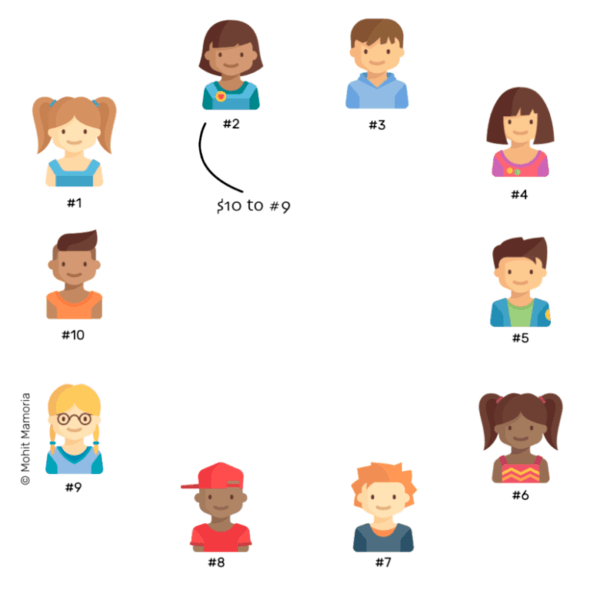 Everyone makes a note of the announcement on their pages until the page is filled. When it does, everyone has to seal the contents of the page by solving a mathematical puzzle. Solving the mathematical puzzle ensures that everyone’s page had same contents and that they can never be modified. Whoever does it first, gets rewarded with some amount of cryptocurrency.

Once the page is sealed, the page is added to the file folder, a new page is brought out and the process continues forever.

As time passes, these pages (blocks) that contain important records (transactions) are added to the folder (chain), thus forming the database (blockchain).

How is Ethereum’s Blockchain Different?

A blockchain can be used to store any kind of data, and the kind of data a blockchain stores, gives it its value. Bitcoin’s blockchain stores the records of financial transactions, therefore, making it analogous to a currency like dollars or pounds. Bitcoins serve no additional purpose than what dollars serve. Ethereum is different — it is not merely a currency like dollars, pounds or bitcoin. It is more akin to a huge computer! 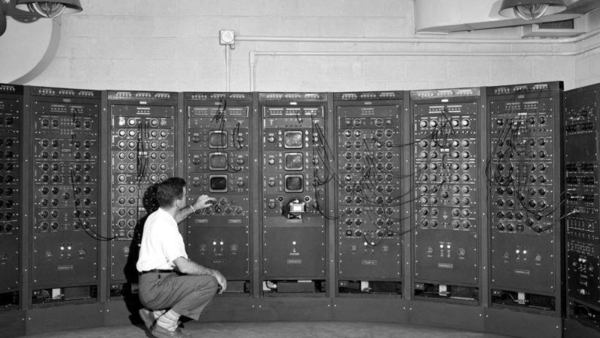 However it’s an extremely slow one — about five to 100 times slower than regular computers today — and very expensive. The ‘Ethereum computer’ has about the same power as one of the rare 90’s smartphones, so it can’t really do much more than some very trivial things.

That doesn’t really sound so impressive, so why is there so much hype around Ethereum? Well, Ethereum is taking the world by storm because it’s a completely decentralized computer that is distributed across the globe. Understanding how Ethereum’s blockchain works will reveal how it acts like a world computer.

The Blockchain as a World Computer

The official video about Ethereum as a World Computer

Ethereum’s vision is to mature its blockchain into a world computer capable of anything that can be reduced into code — an autonomous existence. A cloud brain that is programmable and self-propagating, available everywhere, and usable by everyone.

An ‘internet of things’ without a central point of weakness. A global database and network of automatically executable and perennially running code, backed by blockchain immutability and network consensus.

Ethereum is vying to make a computable blockchain — once mature, the blockchain will allows anyone to create virtually any program on its platform.

Because there are no stop commands on smart contracts, they can run continuously with no means of stopping them other than running out of fuel (ether). If a program could self-fuel, it could run forever.

The world computer is actually a network of potentially millions or billions of computers across the world working in harmony using a ‘common truth,’ or ledger, that is completely distributed and continually updated. Attacking it is extremely unlikely because it would need to be a coordinated attack on a majority of the nodes running it.

It is what makes Ethereum the ultimate, resilient world computer.