Feedback loops are a profoundly effective way of augmenting individual behavior — dynamic speed displays have fared far better at getting drivers to slow down than any previous attempts such as speeding fines and traffic cops setting up speed-traps. The difference between the two is that the former features a feedback loop that provides feedback in almost real-time and gives the user a chance to modify their behavior while the latter offers no such provision. 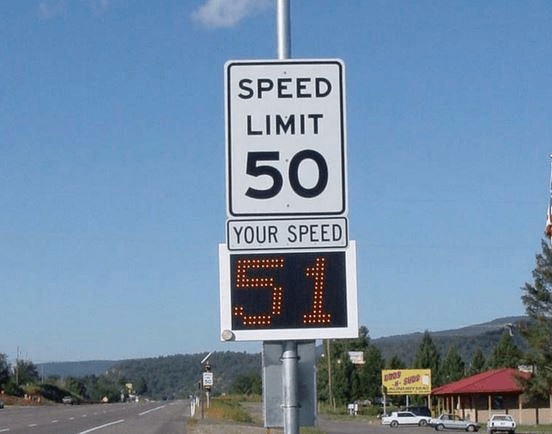 Why are metrics important?

The value of a product, from the perspective of the consumer, is determined by the job(s) that the product performs. The job being performed has an impact on the user’s interactions and behavior in presence of the product. Since metrics, collectively, are a proxy for user behavior, companies obsessively track metrics of their user base to better understand the jobs that customers use their product for and thereby ascertain their value.

From the closely intertwined relationship between metrics and the value of the product, it follows that the goals for product managers are defined in the form of metrics. Product managers are expected to deliver changes in some metrics while being given free rein to determine the means of achieving this change.

How do you pick metrics?

It is useful to keep the analogy of feedback loops in mind while thinking about metrics. While developing the dynamic speedometer, the designers identified the speed as the core metric that finally had to be changed in order to make the roads in the vicinity safer. In addition they hypothesized that a flashing indication of their speed, updated in real-time, alongside the speed limit was enough to emotionally resonate with most speeding drivers. The effect turned out to be so popular that it worked in spite of the absence of any punitive consequences.

Similarly, it is up to you to craft user stories of consumer behavior, map those out in the form of metrics, and then use track those metrics to inform your decisions about future decisions regarding the direction of your product.