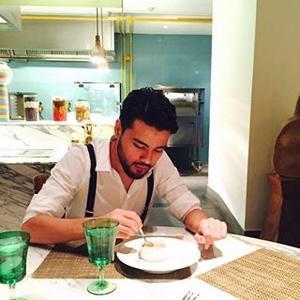 Batman is more than a superhero for many of us in this growing community and he stands for different things for every individual. There are scores of articles about the opinions die-hard fans across the World hold about this iconic Superhero.

So guys, let us know what does "The Dark Knight" mea...

Batman has a certain aura about him which does not come from anyone else. The way he covers his emotional side and takes every blow head on. He gets up every time he is knocked (not many times has he been knocked down, for that matter). Does not rely on superpowers to do his bidding. As we saw in Justice League Doom and Tower of Babel, that he had contingencies for every member of the Justice League and even took them down single handedly in the latter case, should they go rogue. Hell, even his super-nemesis is Joker, do I say more?

Every time his story arc is on display, we are all intrigued and attentive. I just want to see him adapt the Injustice: Gods Among Us type of suit and thing and really notch it up a few gears in the coming DC instalments.

Comic books have us believe that The Justice League was an initiative led by The Batman, Superman & Wonder Woman. This is right in ways more than one, as we have seen the terrific trio always leading the team from the front (or just being constant members).

But lets picture this! What if the true leader of th...

I can't exactly tell Justice League has a leader, in the literal sense, but I do like to believe The Batman is the closest to one, if there is any!