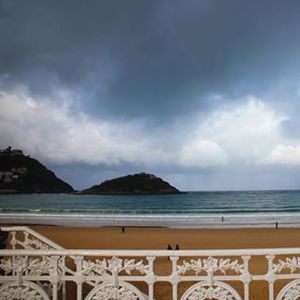 Conditional Random Fields are probabilistic graphical models for sequential or structured data. They allow us to perform classification taking into account the context delivered by the sequence. We talk about a structured prediction, where segments are assumed to be related with each other.

By doing so, valuable contextual information, which would be lost in individual classifications, can be given to the model. For example, words in a sentence are grammatically connected: after an adjective it is more likely to find a noun than a verb. And this hint can be used to label the noun books in the sentence “The woman carefully carried the two red books”.

CRFs are mostly used in NLP tasks such as part-of-speech tagging or sequence labeling (for extracting specific words). It also has applications in computer vision: from image segmentation (lab...

In practice, the most important thing that needs to be done is what is known as feature engineering. Feature engineering is the process of finding the optimal set of features (input) that should be given as input to the machine learning model.

Machine learning has a number of popular theorems. However, one should keep in mind that theorems are stated in a mathematically strict sense. Extrapolating from these theorems to make decisions in practice is prone to errors, and one needs to be very careful. In this article, we will discuss some examples on how theoretical guarantees might not be what they seem, or how we can avoid reaching incorrect conclusions.

This article does not intend to say theory is bad. Its main point is, theory and practice often have a wide gap. When practitioners with less experience in theory come across widely applicable theorems, they often extrapolate it in ways which are undesirable.

Type 1: Theory says it is possible, but in practice it is not always such a good idea

Example A: The universality theorem asserts that neural networks can compute any computable function. Moreover, even a NN ...

Anomaly detection refers to the technique of identifying unusual patterns and finding outliers in a set of observations. Outliers are data points that differ considerably from the remainders of the dataset. Usually, extreme values that diverge from the normal or expected behavior.

Historically statistics was applied to find and remove outliers, for example from the tails of a Gaussian distribution. The idea was that outliers which result from errors (noise, human, etc) may arise in misleading interpretations. In addition, by filtering them out, modern algorithms in supervised learning can gain in accuracy. On the other hand, the anomalies are nowadays also the object of interest, as it is the case of “rare events” in physics, medicine, business or cybersecurity.

Datasets vary in their nature, but the most typical ones are time series and spatial data. There are three main types of outliers

The idea behind Bayesian approach is to incorporate into machine learning algorithms some prior beliefs about the model θ by applying the Bayes' rule. It is highly useful when data is scarce or difficult to obtain, which is often the case in practice. In Bayesian analysis, data D is not assumed to be right, but is allowed to become “less wrong with size”. The process consists on recursively updating our initial belief or knowledge (prior) as more evidence is obtained (data). Goals can be to either find the most probable model θ* (Bayesian inference) or to directly compute optimal predictions y* (Bayesian prediction).

Let us continue with the scenario where m models are trained on a dataset of n samples. Stacking (or stacked generalization) builds the models in the ensemble using different learning algorithms (e.g. one neural network, one decision tree, ...), as opposed to bagging or boosting that train various incarnations of the same learner (e.g. all decision trees).

In this article, we'll discuss the importance of collecting more data and using more complex machine learning models for prediction in different situations and circumstances. What helps more (data or algorithm) depends on the specific problem at hand. In the discussion, we'll also highlight different caveats that might effect the desirability for pursuing each of these directions.

Collecting more data is one of the most promising ways of improving performance. In fact, you might have come across quotes like "We don’t have better algorithms. We just have more data." or the article "The Unreasonable Effectiveness of Data" by Peter Norvig (Director of Research, Google).

One of the most effective ways in improving algorith...

Let us imagine a dynamic system whose future states only depend on the current one. Such a stochastic process is called a Markov process, and it is said to satisfy the Markov property (“memoryless”):

Now, let us assume that each real state is not directly available. Instead, an observation of it that works as an indicator is available to us. In fact, this is a realistic scenario. For example, a system with noise-corrupted measurements or a process that cannot be completely measured. There is an uncertainty about the real state of the world, which is referred to as hidden. A Hidden Markov Model (HMM) serves as a probabilistic model of such a system.

Let H be the latent, hidden variable that evolves over time. Let O be the random variable over its observations, also known as the output sequence. Graphically, the system at time steps {1, …,...