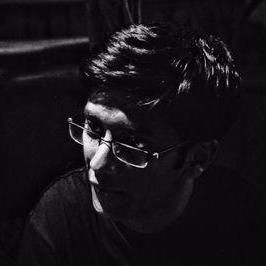 Link to paper: What Question Would Turing Pose Today?

This paper introduces a deep convolutional neural network (CNN) architecture that achieved record-breaking performance in the 2012 ImageNet LSVRC. Notably, it brings together a bunch of neat ideas in an end-to-end, trainable model. Main contributions:

This paper introduces a novel visualization technique to understand representations learnt by intermediate layers of a deep convolutional neural network - DeconvNet. Using DeconvNet visualizations as a diagnostic tool in different settings, the authors propose changes to the model proposed by Alex Krizhevsky, which performs slightly better and generalizes well to other datasets. Key contributions:

This paper proposes a modified convolutional network architecture by increasing the depth, using smaller filters, data augmentation and a bunch of engineering tricks, an ensemble of which achieves second place in the classification task and first place in the localization task at ILSVRC2014. Main contributions:

Link to paper: [1409.3215] Sequence to Sequence Learning with Neural Networks

This paper presents a simple approach to predicting sequences from sequential input. They use a multi-layer LSTM-based encoder-decoder architecture and show promising results on the task of neural machine translation. Their approach beats a phrase-based statistical machine translation system by a BLEU score of > 1.0 and is close to state-of-the-art if used to re-rank 1000-best predictions from the SMT system. Main contributions:

This paper presents R-CNN, an approach to do object detection using CNNs pre-trained for image classification. Object proposals are extracted from the image using Selective Search, dilated by few pixels, warped to CNN input size and fed into the CNN to extract features (they experiment with pool5, fc6, fc7). These extracted feature vectors are scored using SVMs, one per class. Bounding box regression, where they predict parameters to move the proposal closer to ground-truth, further boosts localization.The authors use AlexNet, pre-trained on ImageNet and finetuned for detection. Object proposals with IOU overlap greater than 0.5 are treated as positive examples, and others as negative, and a 21-way classification (20 object categories + background) is set up to finetune the CNN. After finetuning, SVMs are trained per class, taking only the ground-truth boxes as positives, and IOU <= 0.3 as negatives.R-CNN achieves major performance improvements on PASCAL VOC 2007/2010 and ILSVRC2013 detection datasets. Finally, this method is extended to do semantic segmentation and achieves competitive results.

This paper studies a very natural generalization of convolutional layers by replacing a single filter that slides over the input feature map with a "micro network" (multi-layer perceptron). The authors argue that good abstractions are highly non-linear functions of input data and instead of generating an overcomplete number of feature maps and shrinking them down in higher layers (as is the case in traditional CNNs), it would be beneficial to generate better representations on each local patch, before feeding into the next layer. Main contributions:

This paper introduces the Places dataset, which is a scene-centric dataset at the scale of ImageNet (which is for object recognition) so as to enable training of deep CNNs like AlexNet, and achieves state-of-the-art for scene benchmarks. Main contributions: