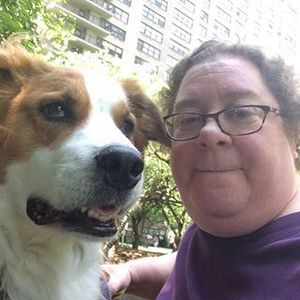 The photo freaked out Mr. Abernathy because it showed a woman standing in a very modern place, like, maybe, Times Square. The point being that it showed elements of our modern society that would have been entirely foreign to Abernathy. That is why he freaked out.

Interesting. Right, I remember: when Logon was trying to get William to remember who he's engaged to. But, if, indeed, we are somewhere in the middle of a time loop, isn't it possible that when the loop begins again that the photo has made its way back to the Abernathy farm & Dolores' father sees it & it basically blows his mind?

Don't all of the guests start at Sweetwater? Isn't that where Meave's brothel is? So, William would have had to have started his Westworld journey in Sweetwater. I thought that the Abernathy home is just outside of Sweetwater, hence she goes to town to get supplies, bu, then, it's just a horse ride back to the farm. So, couldn't William have inadvertently dropped the photo when he first got to town?

I thought that MiB said his wife died a year ago. I assume that means that he has spent the better part of the last year in Westworld. So, again, the timing of each scene in each episode is incredibly confusing. But, if we are seeing MiB in the "present" & his wife died a year ago, how would that make it plausible that William killed Logan? I mean, if MiB's scenes & William & Dolores' scenes are contemporaneous, that would be impossible. Ah, is that the rub? Those scenes are not actually happening at the same time. If, as folks are speculating, MiB IS William, than his scenes w/ Dolores are happening some 30 years ago? Hmmm. Is that the idea here?