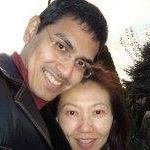 Is it perhaps possible that Arnold had allowed the hosts to achieve sentience 30 years ago before the park opened and it created havoc, resulting in mass murders and suicide as the host come to grips with their reality? And Ford had then overridden it and erased those memories or codes to quell them? And the Maze is somehow the key (physical or otherwise) to unlocking those codes AGAIN? That means the hosts were 'dumbed down' so that they could be controlled.