Generating a Seal (aka Proof-of-Work)

We’ll use this magic machine to generate a seal for our page. Like always, we’ll start with an imaginary situation.

Imagine you’re given two boxes. The first box contains the number 20893. I, then, ask you, “Can you figure out a number that when added to the number in the first box and fed to the machine will give us a word that starts with three leading zeroes?” 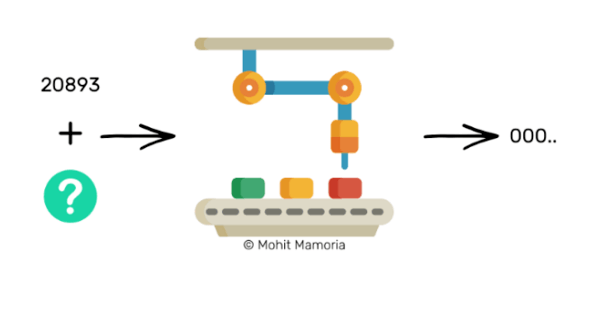 This is a similar situation as we saw previously and we have learned that the only way to calculate such a number is by trying every number available in the entire universe. 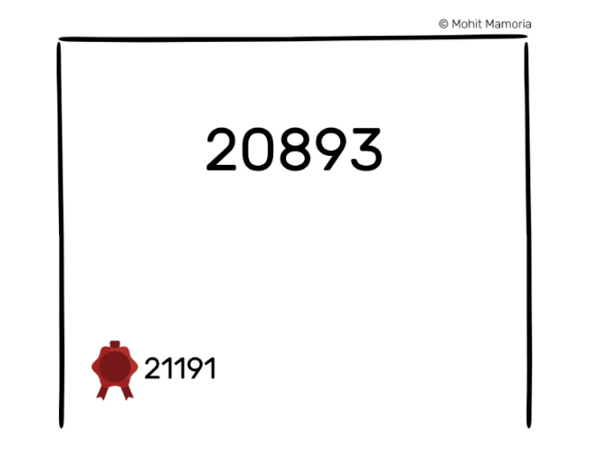 [Jargon Box] The sealing number is called ‘Proof Of Work,’ meaning that this number is the proof that efforts had been made to calculate it. We are good with calling it ‘sealing number’ for our purposes.

If anyone wants to verify whether the page was altered, all he would have to do is — add the contents of the page with the sealing number and feed to the magic machine. If the machine gives out a word with three leading zeroes, the contents were untouched. If the word that comes out doesn’t meet our requirements, we can throw away the page because its contents were compromised, and are of no use.

We’ll use a similar sealing mechanism to seal all our pages and eventually arrange them in our respective folders.

To seal our page that contains the transactions of the network, we’ll need to figure out a number that when appended to the list of transactions and fed to the machine, we get a word that starts with three leading zeroes on the right. 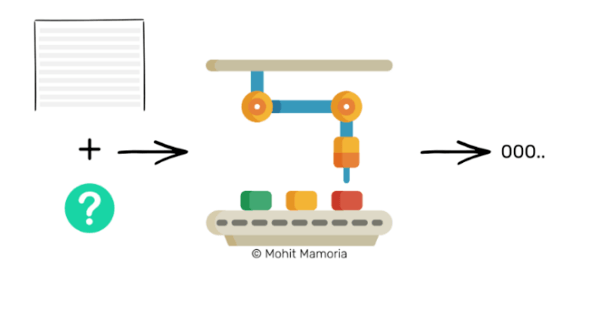 Note: We have been using the phrase ‘word starting with three leading zeroes’ only as an example. It illustrates how Hashing Functions work. The real challenges are much more complicated than this.

Once that number is calculated after spending time and electricity on the machine, the page is sealed with that number. If ever, someone tries to change the contents of the page, the sealing number will allow anyone to verify the integrity of the page.

Now that we know about sealing the page, we will go back to the time when we had finished writing the tenth transaction on the page, and we ran out of space to write more. 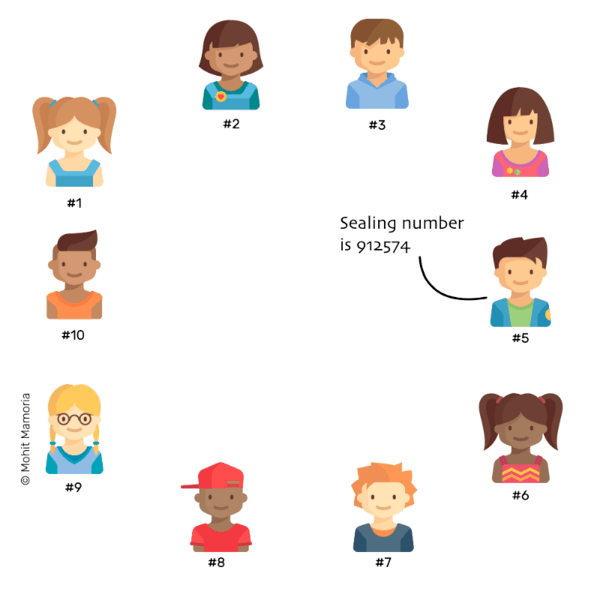 Immediately on hearing the sealing number, everyone verifies if it yields the required output or not. If it does, everyone labels their pages with this number and put it away in their folders.

But what if for someone, say #7, the sealing number that was announced doesn’t yield the required output? Such cases are not unusual. The possible reasons for this could be:

No matter what the reason is, #7 has only one choice — to discard his page and copy it from someone else so that he too can put it in the folder. Unless he doesn’t put his page in the folder, he cannot continue writing further transactions, thus, forbidding him to be part of the network.