So far we have covered:

The next thing to understand is that blocks are also chained. 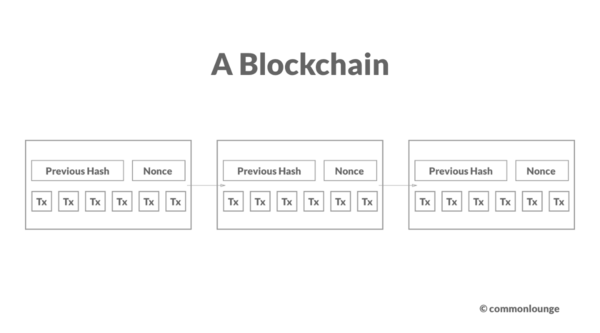 In that sense, a “chain” of blocks represents everything you need to figure out everyone’s balance. That’s why you’ll often hear people referring to the bitcoin blockchain — they’re just talking about all the transactions that have happened thus far.

Every blockchain starts with a genesis block, which is the first block ever created. In the case of bitcoin, Satoshi created this block, and the only transaction in it was the reward he got for creating the block (the small validator reward we talked about in the example earlier). After this block, the only person with a balance in the ledger was Satoshi. Other blocks followed, with rewards being captured by other people and containing transactions from Satoshi to others, and through this mechanism the ledger grew to contain many more balances than just that of Satoshi.

Note: If you’d like to get a deeper understanding of how the blockchain works, check out The Ultimate Guide to the Blockchain.