In this article, we will dive deeper into one of the most famous examples of Human-Centered Design. Doing so will illustrate the manner in which empathy can drive innovation.

Doug Dietz — an industrial designer at GE Healthcare — had just spent two years designing a new MRI scanner for the company. Having spent a lot of time designing the chamber, controls, displays, patient transfer mechanism, etc. for the new machine, he was really excited to go check it out in person. He skipped through the hospital complex to make his way to the room in which the machine he’d worked so hard on was placed. He struck up a conversation with the technician, asked for her feedback on the latest features, and informed her that the design had been submitted for an International Design Excellence Award — the “Oscars of design”. The conversation was cut short by the imminent arrival of a young patient and Dietz was asked to step out of the room. 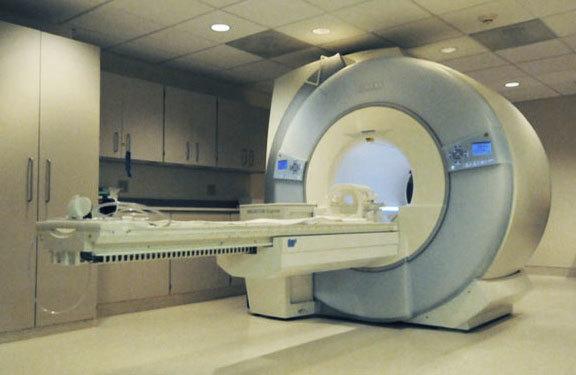 In the hallway, Dietz saw a young family walk towards the room. As they came closer, he noticed that the youngest one — the individual who would be the end-user of his product on this day — was sobbing. At the door, he also saw the father bend down and say to the girl, “We talked about this. You can be brave.”

Following the family in through the door, it finally dawned on him that the perspective he was designing from was one that differed starkly from that of a sizeable fraction of his end-users. The room was dark with flickering fluorescent lights; everything in the room was of varying shades of beige; there was a huge yellow warning sticker that did little to calm a sobbing child; the flooring was wholly clinical; and the machine looked like a brick with a hole in it. Then came the moment when he realised the gravity of his misjudgement — the technician had to call for an anaesthesiologist.

The fear and anxiety induced by the environment and the machine in young patients is so severe that 80% of them have to be sedated so as to ensure they remain still throughout the duration of the procedure.

The experience crippled the sense of pride he felt in the machine he had designed, the same design that, according to him, should have been in contention for the “Oscars of design”.

Following this experience, he and his team went back to the drawing board and drew upon the principles of human-centered design to inform the redesign process from thereon. This time, the team decided to focus on the user experience. They turned to local daycare centres and the Betty Brinn Children’s Museum to better understand the little children, their end-customers, and be inspired by them. This change led to a profound shift in their thinking. Rather than designing from the initial perspective of parents whose questions they’d imagined were along the lines of — What will the diagnosis be? Will insurance cover the procedure? Will my boss be cross with me for taking another day off? — they identified their primary concern — How will I get my child through this? — and started to design from that perspective.

The exercise led to a major re-design of the room and the exterior of the machines. In one of the installed rooms, called Jungle Adventure, the ceiling is painted in a light-blue colour to emulate the sky. The room incorporates aromatherapy; the room is imbued with the scent of lavender and water. The back of the room has a waterfall painted on it, the water from which leads to a painted koi pond on the floor. The pond continues into a stream that goes all the way to the door, and a little beyond it. The stream is contained within some painted rocks. The table on which the patients lay during the procedure and the enclosure containing it is painted to resemble a hollowed-out piece of wood. While the room is now far from the white and sterile fluorescent room that smelled like a medicine cabinet, the magic of the redesign lies in how the children have come to embrace the solution and their positive experience of the procedure. 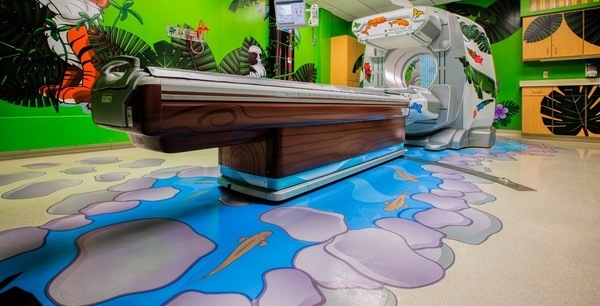 Rather than weeping, the children now excitedly jump on the rocks and exhort their parents to do so as well! Once they enter the room, the rocks and stream guide them towards the table on which they are supposed to lay during the procedure. When the table is lowered, it resembles a hollowed-out canoe in the water and getting the children to stay stable becomes a lot easier — they simply have to be told to stay still so as to keep the boat from rocking in the water. The boat metaphor also segues into the best outcome — the children are told that if they stay still, the fish from the pond will jump over them and boy do they lay absolutely still! The experience redesign has had a significant impact on the satisfaction of both the young patients and their parents. After one particular scan, a child even asked their parent if they could come back the following day!

In addition to having a great experience, the overhaul has had significant measurable effects as well. A couple of years into the revamped operation, the facility had to sedate only two children — 0.0-something percent of all cases — which reduced the time per scan, which in turn led to more scans per day and consequently, a significant reduction in the size of the waiting list. In this manner, the redesign has led to a trifecta of benefits for the buyer of the machine — the hospital can serve more patients, have happier customers, and have a material impact on their bottom-line.

This example illustrates the ability of empathy to drive innovation in the design process. Opportunities are unlocked when one starts the problem-solving process with empathy for one’s target audience. Rather than focusing on metrics such as scanning-speed or resolution, Doug Dietz focused on the end-user’s experience as they went through the motions of getting a scan. Doing so led him to achieve the same outcomes — reducing waiting lists and consequently increasing customer (hospital) revenue — that one hopes to achieve by choosing to focus solely on improving metrics such as scanning-speed.