Nobody knows who created it.

Even to this day, the jury’s out on who wrote the initial paper and software. We just know his alias: Satoshi Nakamoto. There’s a lot of speculation about who did it — check out the top candidates on Wikipedia. Most of people on the list are just the earliest adopters who admit to having downloaded Satoshi’s software in the early days, but when you ask any of them if they’re actually Satoshi, they all refute the possibility pretty firmly and pretty believably. 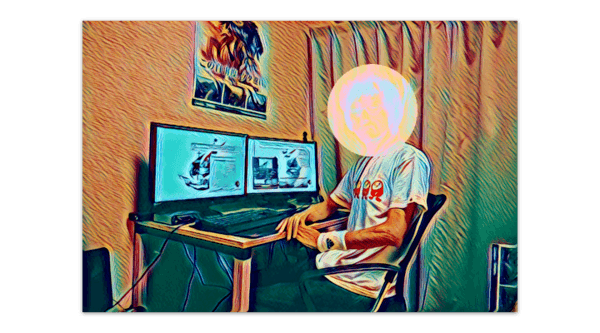 The paper and the software were both eerily mature.

The bitcoin whitepaper and the software that Satoshi released didn’t make an incremental improvement here or there to arrive at the bitcoin concept — they had several game-changing insights and consolidated them all together to create a completely unprecedented application.

It’s especially impressive given that there weren’t a lot of people in academia or industry who were working on decentralized cryptocurrencies at the time — nothing even close was on anyone’s radar. Imagine someone conceiving of and releasing a fully-finished iPhone product by themselves, from their basement, during a time when everyone was running around with Nokias.

We didn’t even know we wanted a decentralized currency, yet here it was. Some thought it was so advanced and so inventive that it couldn’t have even been written by one person — that it instead had to have been created by some kind of secret committee or government entity, potentially as a long-range attack on our existing monetary system.

Taken together, the cult of personality behind the ethereal Satoshi with the thrilling nature of the insights presented in the initial bitcoin implementation, is largely responsible for the surprisingly large and zealous adoption that bitcoin received over such a relatively short period of time.