“Fidelity” refers to how closely a prototype matches the final product or solution. You can choose from a lot of different options and levels of accuracy, depending on the stage of the process and the goal of the prototype.

Layout and design are the most noticeable aspects of a prototype’s fidelity. If a prototype is produced with a high level of visual fidelity from the beginning, users will tend to focus on visual rather than functional details, which would distract from the main goal of the early stages of prototyping. 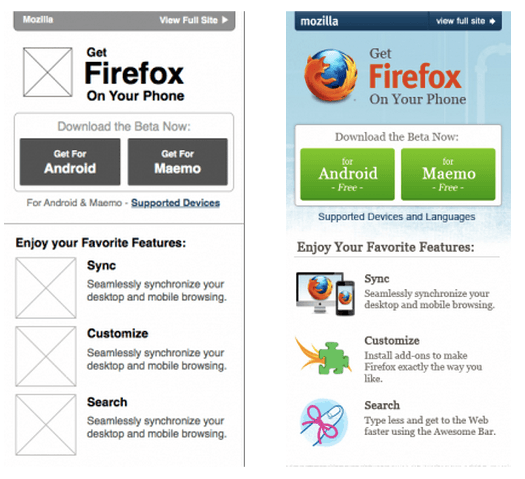 Will the prototype explain how the solution will work (static) or does it look fully functional (interactive)? Both versions present advantages: static prototypes are simpler and quicker to implement, while interactive ones can be used later for usability testing and user training.

In the early stages of prototyping, standard “lorem ipsum” content can be useful to avoid distracting the user so they can focus on providing functional feedback instead of commenting on changes in the text. However, as the prototyping process continues, evaluate the need to replace dummy text by real content so users can get a feel of how it affects the overall design.

What all fidelity levels exist?

How do you select which fidelity level to prototype on?

Most of the time, designs are best evaluated by starting with a rough sketch, then moving on to higher fidelity levels depending on the system’s complexity and requirements.

Sometimes, your choice might be guided by client requirements or area of focus. For example, if you want to evaluate the visual impact of an interface change, you might want to go with a styled design instead of a rough sketch. Or if your solution is message focused, you may decide to use real content instead of standard “lorem ipsum” placeholder text.